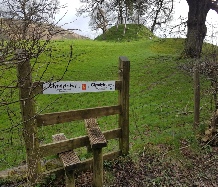 Uprising started on September 16th, 1400 at Glyndyfrdwy, when Owain was proclaimed Prince of Wales by a large gathering of his supporters. He was regarded by many to be the ‘Mab Darogan’ - or ‘Son of Prophecy’ - and the man best placed to lead the Welsh against their English oppressors.

The first of a number of campaigns started two days later with an attack on Ruthin, and ended when his men were challenged by an English force near Welshpool a few days later.

In response, Henry IV led the first of his Royal Expeditions into Wales as a show of force and, as with each of his later invasions, he returned to England shortly afterwards with little to show for his efforts.

The Uprising gained momentum after a number of Penal Laws against the Welsh were issued at Westminster in 1401. Many Welsh labourers returned home from England to join Owain’s army, along with a number of university students from Oxford.

Glyndŵr’s forces employed strategies that were very different from those of their opponents. They used guerrilla attacks and siege warfare as much as possible, whereas the English favoured large-scale battles.

By the end of 1403, Glyndŵr controlled virtually the whole of Wales, with the English pretty much restricted 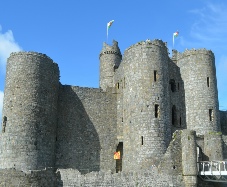 to their castles and the towns that surrounded them.

When Harlech Castle fell in early 1409, Glyndŵr lost not only his home and base but also his wife, his daughter, Catrin, and her children. He led his last major campaign into the Marches later that year.

Owain continued as the head of the Uprising until 1412, when the leadership appears to have passed to his son, Maredudd. Little is known of Glyndŵr’s movements during his last days, but the Uprising continued until 1421 when Maredudd finally accepted a pardon from Henry V of England.

During the Uprising, both English and Welsh forces had used chevauchée - a scorched-earth policy - in order to deny provisions to their enemies, and this resulted in the destruction of much of the countryside. Wales went on to suffer many years of hardship following the Uprising as fines and taxes were continually increased.

* Please see our Bibliography section for suggestions for further reading.